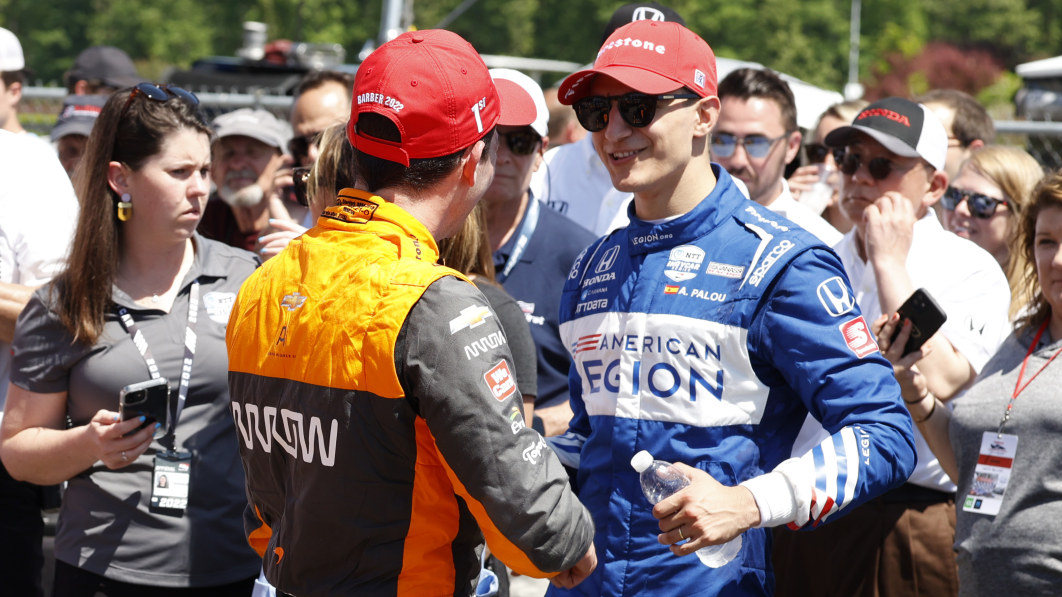 McLaren Racing will run IndyCar stars Alex Palou and Pato O’Ward in a pair of upcoming Formula One practice sessions.

McLaren said Friday that Palou, the 2021 IndyCar champion, will run next Friday’s first practice session at Circuit of the Americas in Texas. The Spaniard will drive Daniel Ricciardo’s car for the 60-minute session.

“I’m so excited to be making my F1 weekend debut,” Palou said. “It’s great to be driving in the United States in front of fans that may have seen me race in IndyCar.”

O’Ward will drive Lando Norris’ car in the first practice session at the season-ending finale in Abu Dhabi. The Mexican participated in the young drivers test at that track for McLaren last December.

“I can’t wait to get out on track in Abu Dhabi. I’ve developed as a driver and had a lot of fun testing last year’s car with the team, so it will be a great experience,” O’Ward said.

Palou and O’Ward have both tested the F1 car for McLaren twice since the IndyCar season ended last month, in Barcelona and Austria.

“Alex and Pato impressed with their recent tests,” McLaren team principal Andreas Seidl said. “It’s a great chance for them to showcase their skills on Formula One’s global stage, where the focus will be to help the team prepare for the race weekend and not on ultimate lap times.”

In announcing the two IndyCar drivers for the mandatory use of reserve drivers in at least two practices this season, McLaren clearly did not get access to Oscar Piastri earlier than hoped.

Piastri is under contract to Alpine through the end of the year, and will replace Ricciardo at McLaren next season. McLaren had hoped Piastri would be freed earlier and perhaps even participate in some practice sessions before the season is over.

The Arrow McLaren SP IndyCar team is expanding in 2023 to three cars, with Indianapolis 500 winner Alexander Rossi set to join O’Ward and Felix Rosenqvist. McLaren tried to add Palou, who signed with the team but ultimately was held to his existing Chip Ganassi Racing contract.

Ganassi held the option on 2023 for Palou, exercised it, and then couldn’t come to terms on a buyout with McLaren when Palou said he was leaving Ganassi. He’ll now finish his Ganassi contract, is permitted to test the F1 car for McLaren, and will officially join McLaren in 2024.