Android Auto users are in line for a fairly sizable update coming soon. Google revealed a totally new look and design for Android Auto at its Google I/O event last week, and the main takeaway is newfound flexibility.

Car makers are not exactly consistent with the various screen sizes and orientations used in vehicles. Many favor a widescreen format, while others prefer a vertically-oriented portrait format, and there are so many others in between. This was problematic for Android Auto previously, because it wasn’t designed to fill the screen perfectly with every possible screen shape. Plus, a fancy split-screen function was only supported for a small number of vehicles. Now, however, Google says it has fixed the issue. Android Auto will now conform to fit whatever size and shape your car’s screen is, be it tall and skinny or short and wide. And, a new split screen function should work on every vehicle.

Beyond the better integration, the Android Auto look itself is refreshed to bring it more in line with the latest Android software you see on phones. The fonts, shapes and general UI should now look more familiar to those with Android phones running stock Android software. 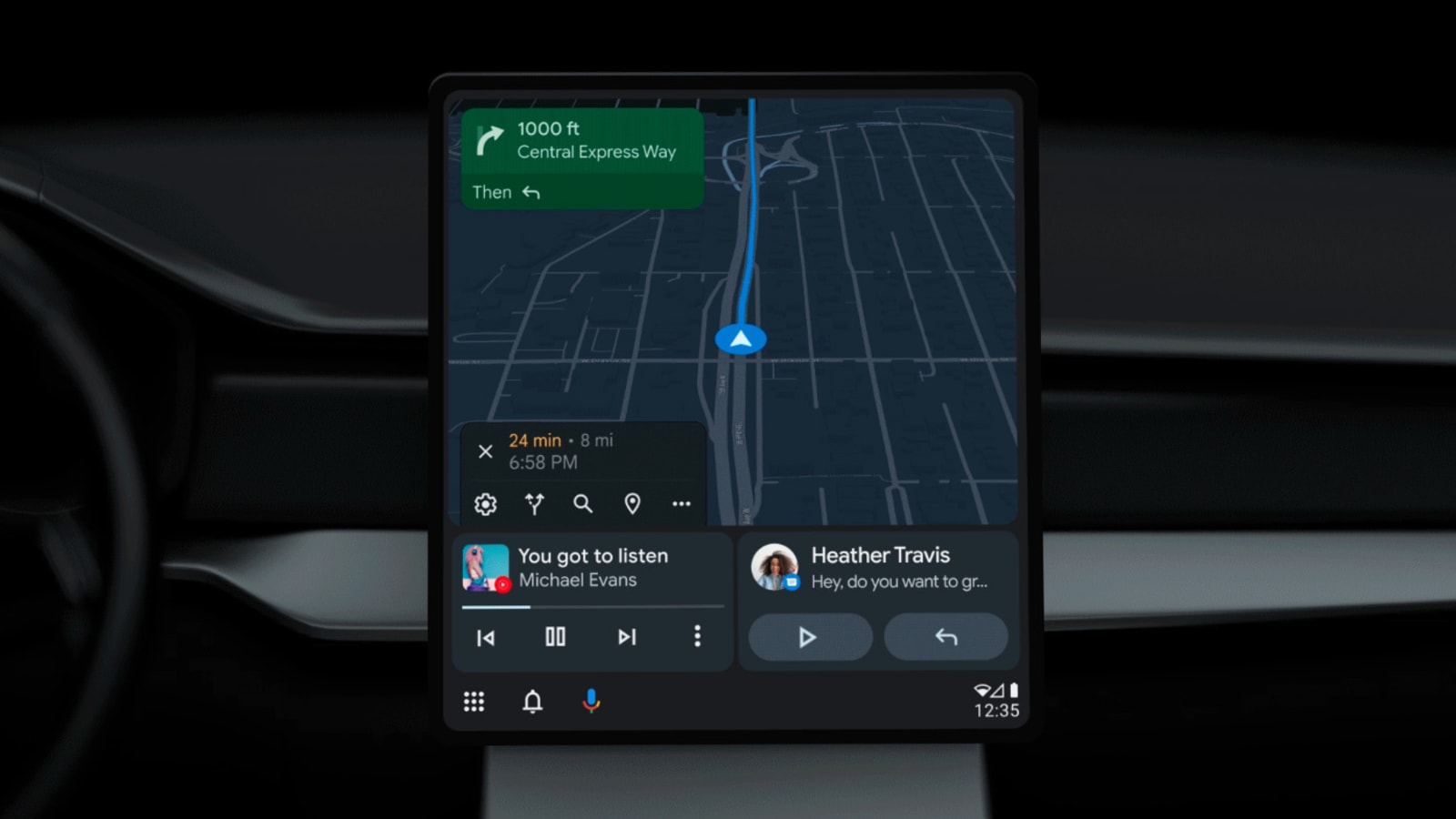 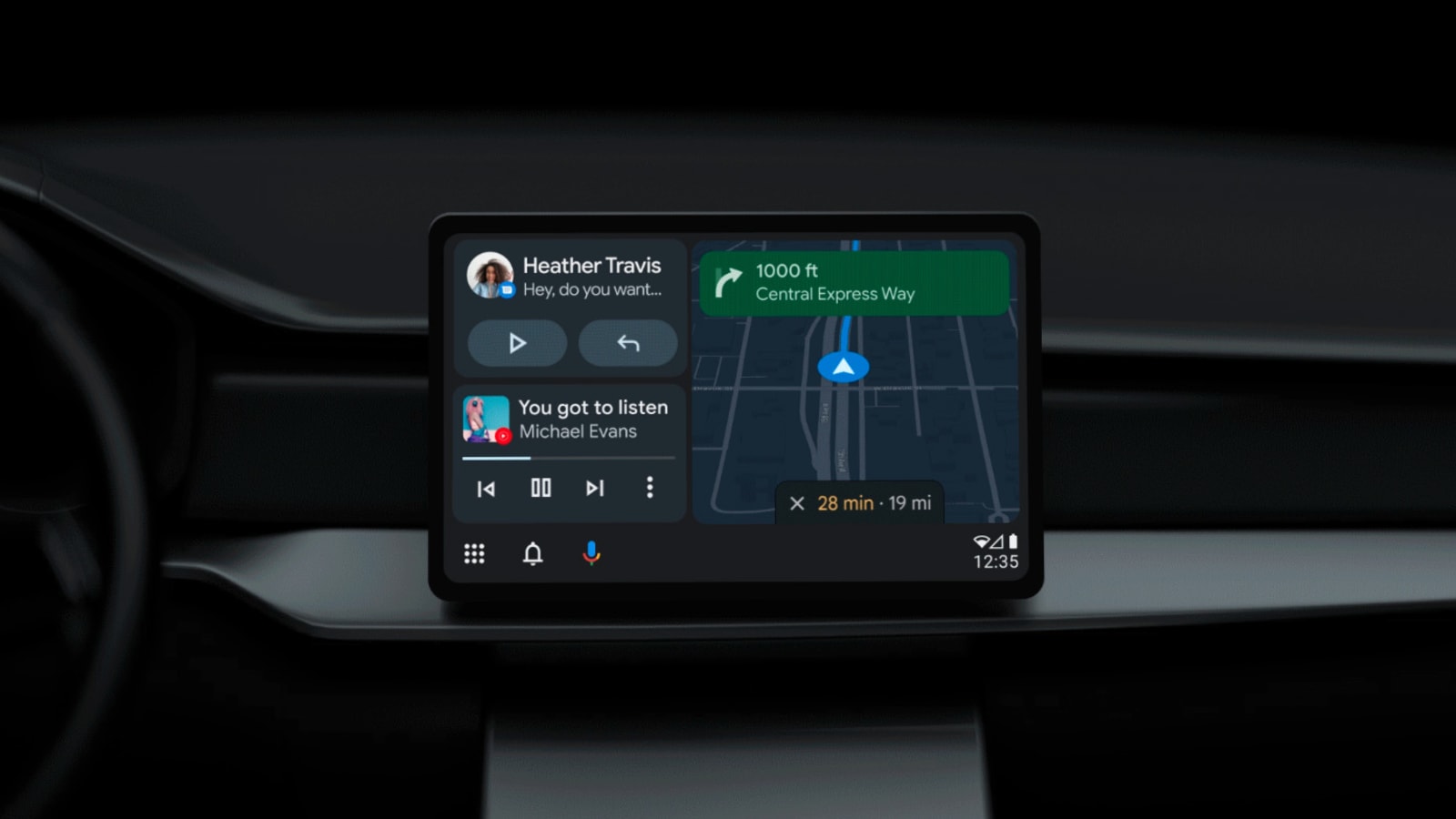 The aforementioned split-screen mode gets a new design for this version of Android Auto, too. Google says that the data it has collected on how people use Android Auto shows that folks primarily use it for navigation, media and communication. Therefore, the split-screen view now consists of three tiles for those three things. This means that you can see your nav, current media and any missed communications (texts, phone calls) all in one place at all times. Of course, you can also just enlarge any one of those if you prefer to keep the focus on one particular app, like navigation.

Google’s final announced change for this new Android Auto is better Assistant integration. The car will proactively suggest replies to text messages from friends, or allow you to quickly share an arrival time with a person of your choice. It’ll even recommend music options.

All of these changes are slated to roll out “in the coming months,” so if you’re an Android Auto user, keep a lookout for a new look and new features hitting your car’s infotainment system this summer.