Elon Musk’s Twitter is full of people swearing off Tesla 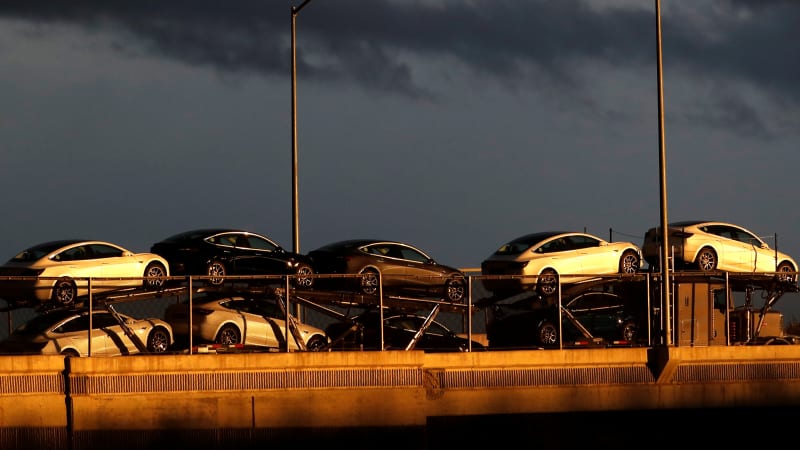 The Twitter chatter of Ford Chief Executive Officer Jim Farley is good vibes only: factory photos, race tracks, corporate boosterism and a lot of retweets of Ford customers gushing about their vehicles. It’s all cars, and it’s all anodyne.

Elon Musk, among Farley’s chief rivals, has taken a decidedly different tack. Since the Tesla CEO also became CEO of Twitter at the end of October, he has dismissed or scared away almost 5,000 Twitter employees (and asked some to return), declared that the social media site may slide into bankruptcy, alienated many of its advertisers, botched a product rollout that allowed brand impostors to proliferate on the site, mocked a US senator, told his followers to vote Republican and invited former US President Donald Trump back onto the platform. All the while, he’s tweeted a play-by-play of the saga alongside a steady stream of lewd memes and score-settling burns — many aimed at his new employees.

This belligerent and erratic performance in his new role as “chief Twit” has raised Musk’s already stratospheric public profile to new heights. If Twitter is a global town square, Musk has transitioned overnight from one of its loudest orators to equal parts mayor and sheriff, with the potential to irritate far beyond the echo chamber of his 118 million followers. For owners and potential buyers of Tesla cars, it has become all but impossible to find neutral ground on the controversies that surround Musk.

Tesla’s lead in the EV market is unquestionably strong — particularly in the US, where the carmaker has steadily sold more vehicles over the course of this year. But there are some signs that the lead is starting to slip. Tesla’s share of new US EV sales dipped to 64% in the third quarter from 75% in year earlier period, according to estimates from Cox Automotive.

Part of that can be attributed to more EV options than ever before. US consumers now have about 30 fully electric vehicles to choose from, roughly half of which weren’t on the market 12 months ago. “The competition is getting stiffer,” said Rob Pace, founder and CEO of HundredX, a research shop that uses consumer surveys as a fundraising tool.

But the Tesla brand has also taken a hit from Musk’s antics and his protracted Twitter adventure. HundredX has been tracking Tesla since 2019, and in recent months, its research shows a drop in loyalty among Tesla owners. Until May of this year, the company outperformed other automakers, with around 70% of owners saying they were likely to buy from the brand again. That rate has slid below 60%, while the rest of the industry hovers around 65%. The trend is basically the same, HundredX finds, on the question of whether owners would recommend the brand to a friend. Sentiment about Tesla’s quality, reliability, service and brand values have all turned more negative over the past few months.

“The future loyalty data is really, really worrisome if you’re Tesla because it tends to translate into market share six to nine months out,” Pace said. “This would suggest there are storm clouds.”

Market share is already on the wane as thousands of Tesla owners ditch their cars for EVs from startups with both quiet cars and quiet leaders. In the third quarter, almost one-third of Lucid buyers, for example, had owned a Tesla, according to S&P Global Mobility. The story is the same at Polestar and Rivian, which lured far more former fans from Tesla than any other brand.

Jason Weixelbaum, a Baltimore-based historian and science writer, swore off Tesla years before he bought his latest car, a Subaru Crosstrek, in 2021. But in recent months he’s noticed more of his friends drifting away from the brand, too. “It used to be that if you wanted to make a certain statement about yourself, you could do it with a Tesla,” Weixelbaum said. “Musk has trashed all that.”

While Weixelbaum was originally put off by Musk’s juvenile humor, more recently he’s troubled by what appears to be an increase in hate speech on Twitter. Weixelbaum wrote his PhD dissertation on American companies’ financial ties to Nazi Germany and fields the occasional death threat on Twitter. “I don’t see how this doesn’t become a huge debacle,” he said. “And that should trigger some conversations on the board at Tesla.”

Ironically, the #NeverTesla sentiment is most evident on Musk’s new publicity platform, where a steady stream of tweeters are swearing off the brand. Many call out Musk’s erratic management style, often with resolutions to buy a rival EV — say, a Chevrolet Bolt or a Rivian.

“Musk has overestimated the American public’s appetite for erratic behavior,” said Gaurav Sabnis, an associate professor of marketing at the Stevens Institute of Technology. Sabnis, who lives in Manhattan, had considered upgrading from the family Subaru to a Tesla, but nixed the idea after seeing the Twitter drama of late. In particular, his wife was put off by Musk publicly scrapping with Rep. Alexandria Ocasio-Cortez.

Sabnis points out that more than 80% of car-buying decisions involve women, and Tesla’s customer base is typically affluent, coastal and liberal. “It’s just locker-room behavior,” he said. “And from that perspective, it seems like a horrible marketing decision.”

Still, it’s hard to overstate how dominant Tesla is in the EV race. This year through September, the carmaker sold an estimated 391,000 electric vehicles in the US, compared with 41,000 for Ford, the next closest competitor. Every time a Ford Mustang Mach-E rolled out of a dealership in 2022, some seven Tesla Model Ys took to the road.

What’s more, while Musk’s mercurial and public management style is putting off crowds of potential customers, it’s also attracting some. Musk has long cast his company as a contrarian underdog, a foil to Detroit and all things business-as-usual. The occasional lewd meme bolsters that narrative, if for no other reason than it’s something Ford’s Farley wouldn’t dare.

“You can’t buy this kind of advertising,” she wrote recently on Twitter, “and the crazier the tweeting, the better.”

That said, Musk’s Twitter feed of late doesn’t seem very focused on selling cars. And his time spent steering companies other than Tesla was at the crux of a recent lawsuit challenging his Tesla compensation. In a Delaware court on Nov. 16, Musk said his attention to Twitter would wane after “an initial burst of activity” to reorganize the company; eventually, he would find a new chief executive. Testifying in the same courtroom, Tesla director James Murdoch said Musk had also identified a potential successor for his CEO seat at the car company.

Tesla investors certainly don’t seem thrilled. The carmaker’s shares have skidded by 48% this year and are wallowing far below analysts’ targets.

“I have too much work on my plate, that’s for sure,” Musk conceded earlier this month during a video appearance at a conference in Indonesia. “I’m really working at the absolute most amount that I can work from morning until night, seven days a week. So this is not something I’d recommend, frankly.”