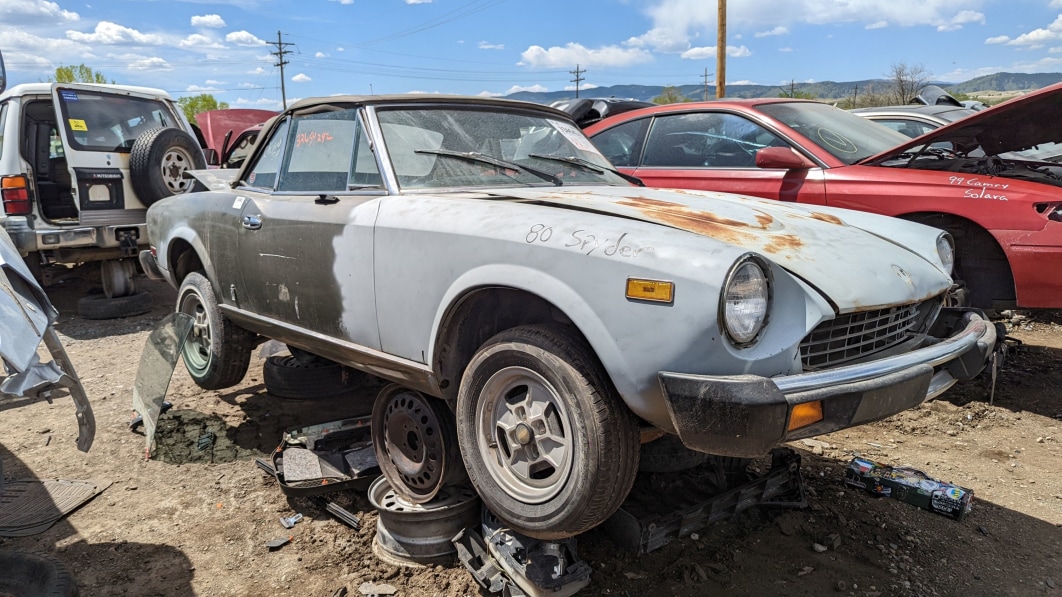 Fiat gave up on the American market after 1982, not returning until nearly three decades later, but dealers here still had brand-new 124 Sport Spiders available all the way to the end. Starting in the 1979 model year, this car became known as the Spider 2000; that’s what we’ve got as today’s Junkyard Gem, spotted in a Denver-area self-service yard last month. 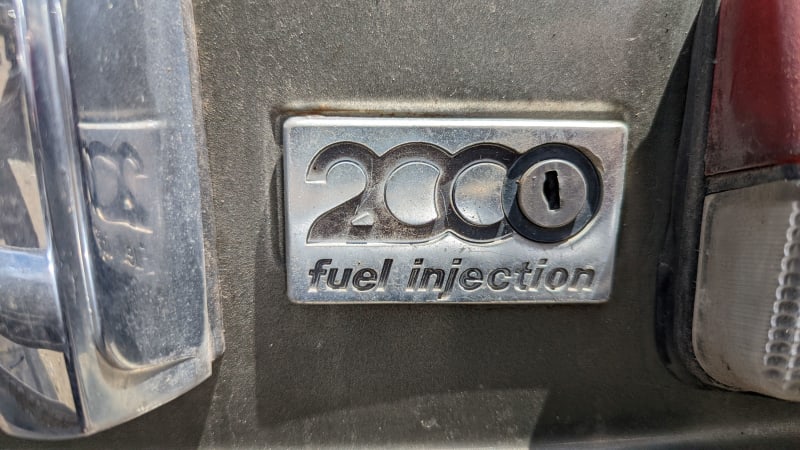 The 124 Sport Spider made its debut in 1966. Since it was built on the same platform as the 124 sedan, it is thus cousin to the original VAZ-2101 Lada. I’ve always liked the trunk lock that hides in the final zero of the engine-displacement badge. 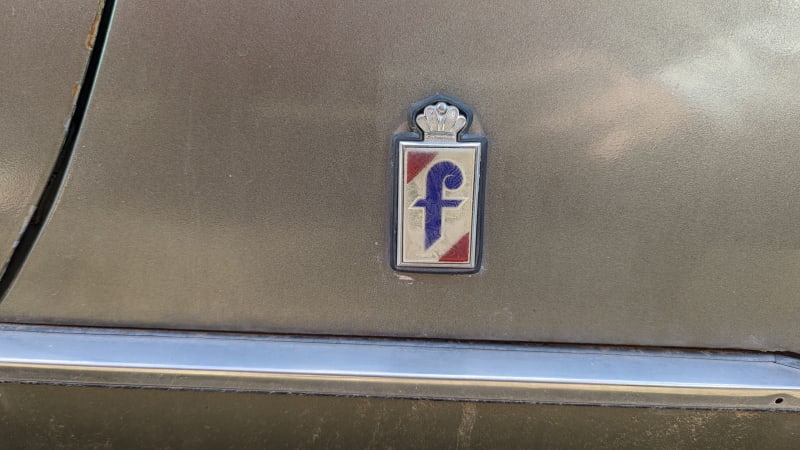 The 124 Sport Spider sold very well in the United States during the 1970s (in fact, this car was available only in the North American market during the latter half of that decade), and I’ve found quite a few examples during my junkyard travels over the years. After Fiat departed our shores in 1982, Malcolm Bricklin continued selling these cars (with Pininfarina Azzurra badging) through 1985. 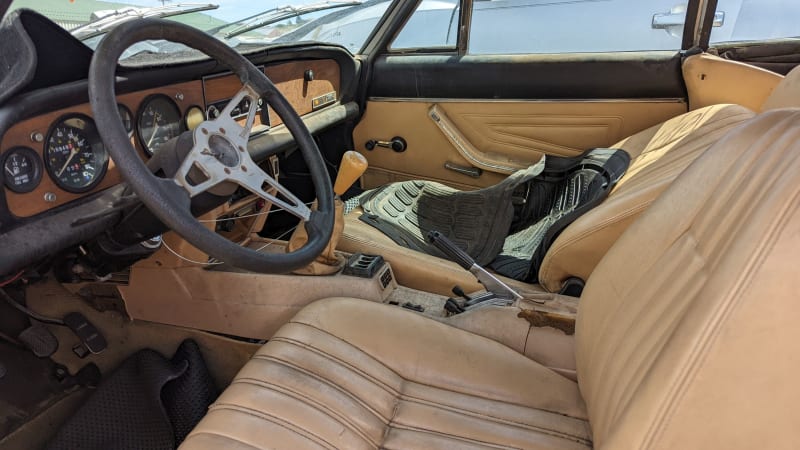 This one is in much nicer condition than any 124 Sport Spider I’ve seen in many years, maybe stretching back to the era when you could still buy these cars new. 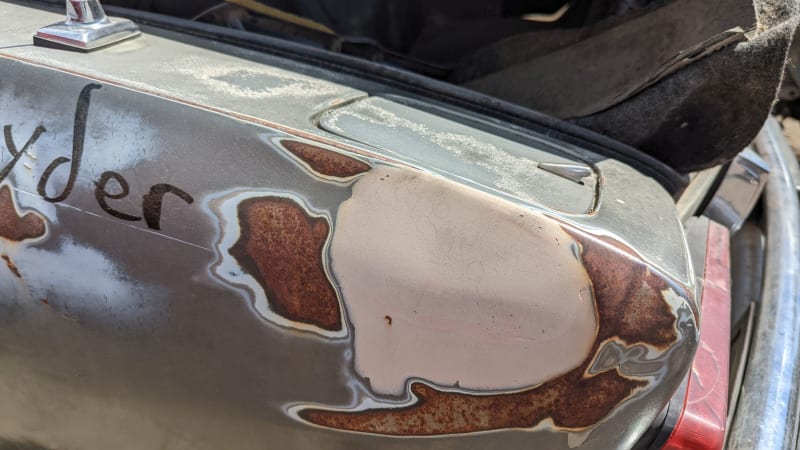 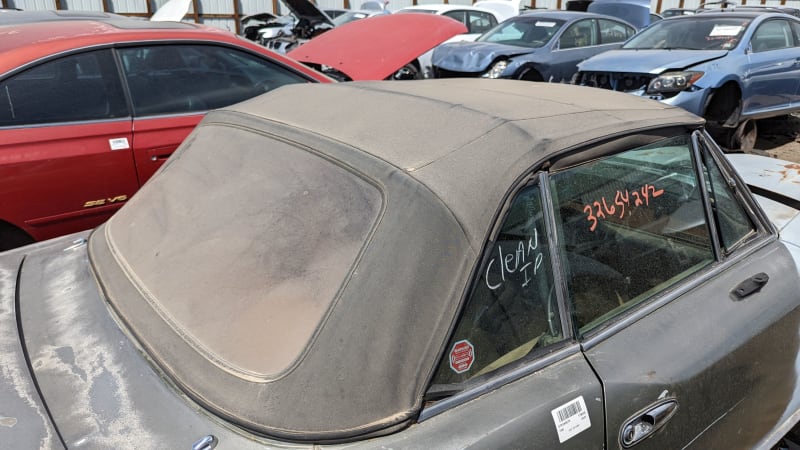 This may even be a new-ish convertible top. 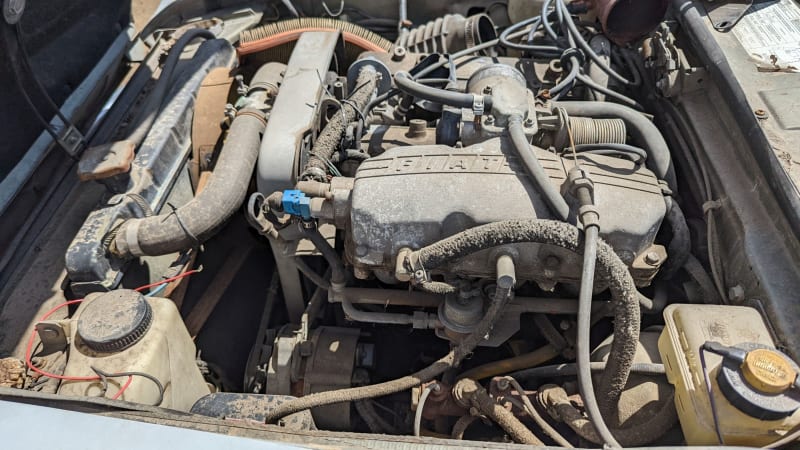 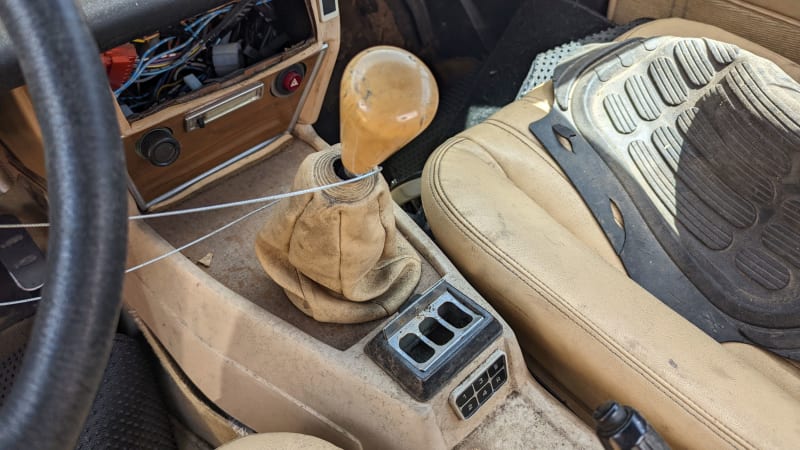 A five-speed manual came as the default transmission in this car, though a GM-sourced three-speed automatic was available at a cost of 520 bucks (about $1,730 today). I have seen exactly one slushbox-equipped 124 Sport Spider in my life. 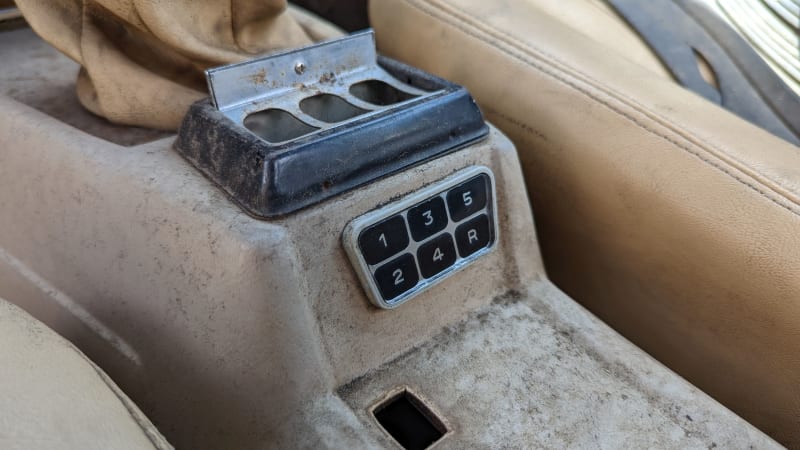 This is one of the coolest-looking shift-pattern labels in automotive history. 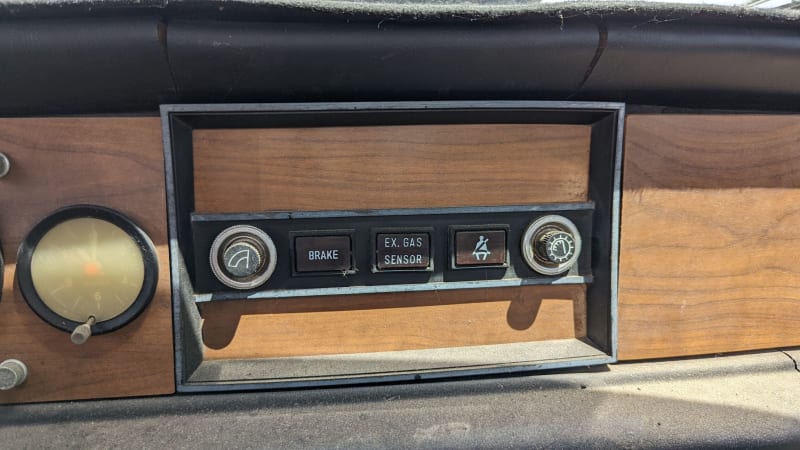 The EX. GAS SENSOR warning light was used to warn of an overheating catalytic converter. I like to use these Fiat indicator lights for various projects, though they have become rare in recent decades. At least I’ll never run out of early-1970s FASTEN SEAT BELT lights! 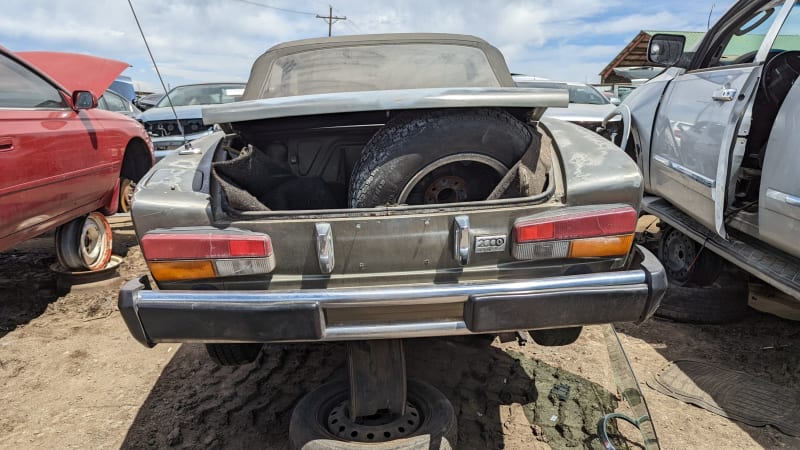 So, if you’re looking for a vintage sports-car project, be sure to consider the Fiat 124 Sport Spider. Parts are plentiful and it’s (slightly) quicker than an MGB or Spitfire.

Just the car for attracting Rolls-driving ladies with disco sunglasses … at least until the light changes.