Last year, we wondered aloud whether Porsche’s Mission R concept was an end-run around teasing all-electric versions of its 718 Boxster and Cayman. Well, we can all stop wondering. Porsche confirmed this week that it is testing a 718 Cayman GT4 ePerformance employing electric powertrain components from the Mission R concept, and it’s quick — 911 GT3 Cup car quick. Porsche feels the platform would be a potential jumping-off point for a new spec racing series à la the existing Carrera Cup.

“In simulated racing, a steady 450 kW (612 PS) is available for 30 minutes, i.e. the duration of a Carrera Cup race. In terms of lap times and top speed, the 718 Cayman GT4 ePerformance is on par with the performance of the current 992-generation 911 GT3 Cup,” Porsche’s announcement said.

“The 718 Cayman GT4 ePerformance now demonstrates that this vision works impressively on the racetrack,” said Porsche GT racing vehicle project manager Matthias Scholz. “We’re very excited about the response, because a one-make cup with electric racing cars would be an important addition to our existing customer racing program.” 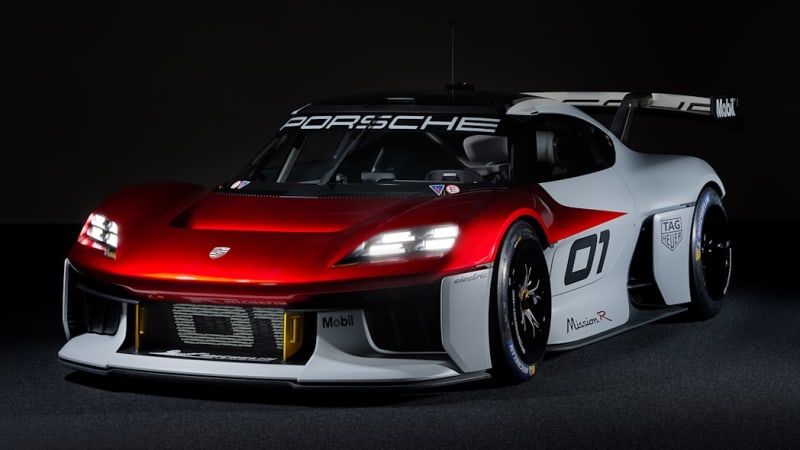 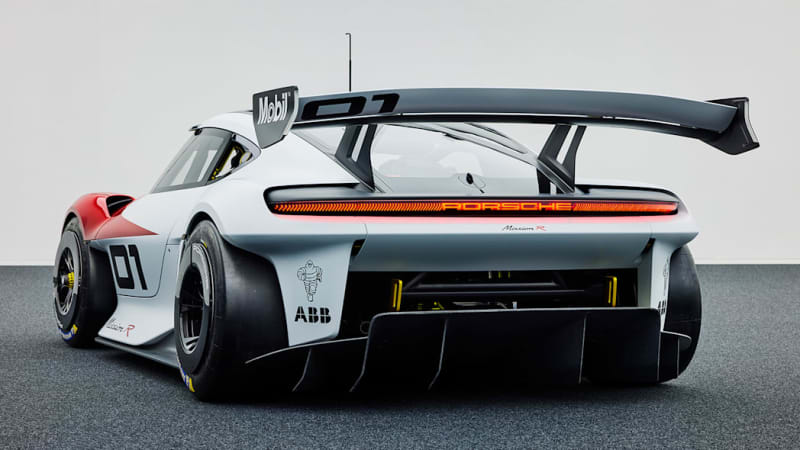 Apart from employing all-wheel drive rather than the standard GT4’s RWD setup, the GT4 ePerformance has quite a bit in common with the existing 718 Cayman GT4 Clubsport. The powertrain was lifted in its entirety from the Mission R (shown above), which can produce upwards of 1,000 horsepower in its most performance-friendly setting. The GT4 ePerformance prototype is about 5½ inches (14 centimeters) wider than the Clubsport, Porsche says, and required the fabrication of approximately 6,000 unique new parts.