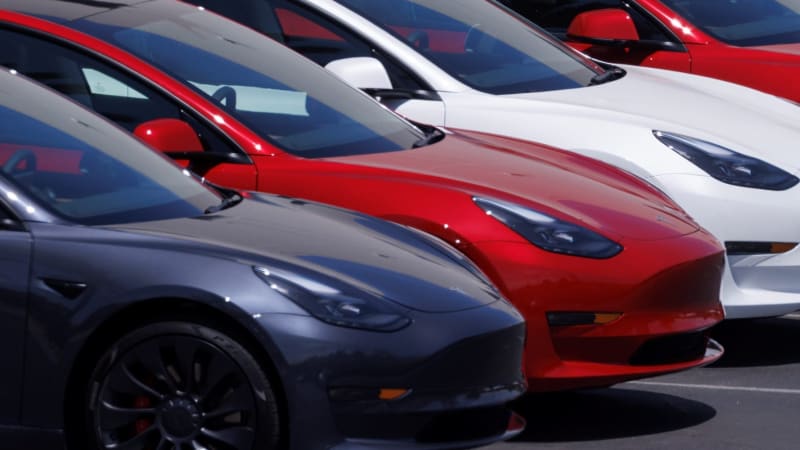 Tesla drivers claim they’ve faced more incidents of road rage, like being cut off in traffic and heckled, since they started driving the electric car, according to a recent report from The Guardian.

“I noticed the road rage within the first week I got it,” said one man, who lives in Thousand Oaks, California, and didn’t want to be publicly outed as a Tesla driver.

He told the publication that he’d faced incidents of road rage eight times in November, alone. “I’ll just be driving the same speed I had in my old Ford Fusion, but they’ll cut in front of me and drive really slow or prevent me from switching lanes.”

Multiple Tesla owners told The Guardian that the incidents appear to stem from anti-EV sentiment, rather than dislike of Tesla CEO Elon Musk — who is virtually synonymous with the brand and has generated a slew of polarizing headlines over the years.

“It’s almost always a guy in a pickup truck [who does something],” Laura Kennedy, a Tesla owner from Pennsylvania, said. “I don’t think I’ve ever been flipped off in my life as much as I have in the past year or so.”

There’s no data to prove Tesla drivers face more road rage than others, but there have been several reports of situations where electric cars appear to be targets of harassment. In August, Axios reported that over a dozen Tesla drivers in Iowa had been “routinely heckled, cut off in traffic, and blocked from charging stations.”

The publication detailed several common threads across the reports of harassment from the Iowa Tesla Owners Club, including instances of “rolling coal” and “ICEing.” Rolling coal refers to moments when drivers of larger vehicles blow exhaust at an EV, while ICEing is when drivers of combustion-engine vehicles attempt to block electric-car owners from accessing charging stations.

Many Tesla owners have caught the instances on camera, and there’s even a YouTube channel dedicated to Tesla car crashes — many of which are attributed to road rage.

The channel, called Wham Baam Teslacam, also depicts instances of people cursing out Tesla drivers, vandalizing the cars, and chasing them down. Teslas are equipped with multiple cameras and also feature Sentry Mode, a system that allows drivers to monitor their vehicles from afar.