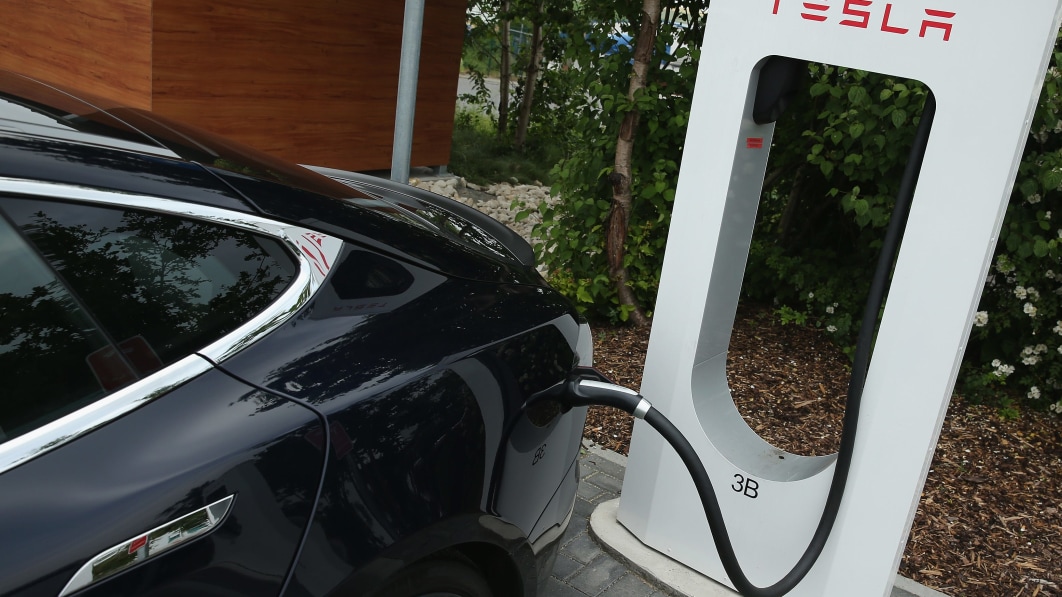 A Tesla owner shared TikTok videos showing a pitbull attacking her car after she took refuge from the dog in the vehicle.

Liv, whose username is toodieangelxx, documented the attack that took place in a residential parking lot in Temple Hills, Maryland. She wrote in one of the videos: “I couldn’t believe him eating my car.”

The incident appeared to have occurred on Thursday, according to timestamps.

After her first TikTok went viral, she posted three more videos explaining what had happened. “The attack started outside because he didn’t have the collar on. I was able to run to my car with my dog and close the door but he got my window before I could get it up,” she wrote in one of the videos.

The pitbull can be seen chewing the Tesla above one of the back tires, before coming to the driver’s window and tearing a piece of insulation off the door frame.

The woman also shared a screenshot of the conversation she had with someone who appeared to be the dog’s owner. “He did scratch me on my back so I had to go to patient first but it’s really my car that he messed up so bad,” she said.

The dog’s owner offered to cover medical bills and the cost of repairing the car. “We raised him from a puppy till 5 years old and I never in my life seen him like that. I told them to put him down because I can’t have nobody else getting hurt,” they added.

Tesla did not immediately respond to a request for comment from Insider.