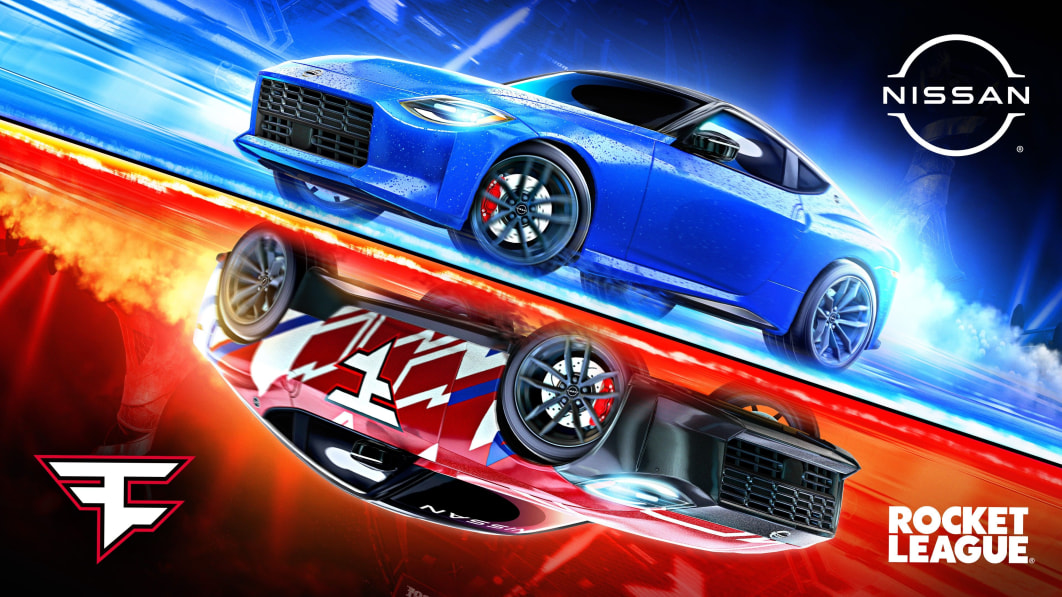 Autoblog may receive a share from purchases made via links on this page. Pricing and availability are subject to change.

This week in racing game news:

The new Nissan Z has been officially unveiled and it’s looking great so far. The only thing better than a new real-life Z is a new real-life Z and a new “Rocket League” Z, which is exactly what we’re getting. Thanks to a collaboration between Nissan and Psyonix (and eSports team FaZe clan, for some reason?), players will be able to pick up the Nissan Z Performance Bundle on May 26th for 1,100 in-game credits. You’ll receive the following for your investment:

Unfortunately, like so many other officially licensed vehicles in “Rocket League,” Nissan has opted to not let players customize their Z’s with the majority of the thousands of items available in the game. Seems pretty silly to us, but if you want to spend $11 on a car you can’t customize in a game with probably the most robust selection of car customization options of all time, who are we to tell you no? You’ll have the opportunity to pick up the bundle until June 7th.

The latest title in the officially licensed FIA “WRC” series finally has a release date and it’ll be hitting shelves this October 13th for Xbox One and Series X/S, Playstation 4 and 5, PC and even Nintendo Switch. The game is being billed as “an authentic and comprehensive rally racing simulation” offering “an unrivaled level of realism.” It’s being made by the same teams that have been making the games for years now, KT Racing and Nacon, and if you ask us that’s a great thing. We’ve loved the past iterations of the “WRC” series and this one looks to be another exciting addition to the crop.

So far, “Generations” has confirmed it will have all of the official content from the 2022 season, a new Rally Sweden environment, a new multiplayer league mode, new hybrid WRC Rally1 cars, 37 historical cars and even more to be announced in the future. The content coming over from past games promises to be “even more authentically portrayed than ever before” and “Generations” is also confirmed to have a record-setting 165 Special Stages. Want to see it in action? Check out the announcement trailer below.

“F1 22” has still yet to be released, but it was recently announced that some tracks will be receiving updates to stay on-par with their real-life counterparts. The Spanish, Australian and Abu Dhabi circuits are all set to be updated with “new turn layouts and details” to stay consistent with the 2022 season. The game is set to release on July 1st for Xbox One and Series X/S, Playstation 4 and 5 and PC. If you’re interested,
you can get your pre-order in right here.