This article was originally published https://www.autoblog.com/2022/09/04/vw-shareholder-lower-saxony-undervalued-battery-business/. 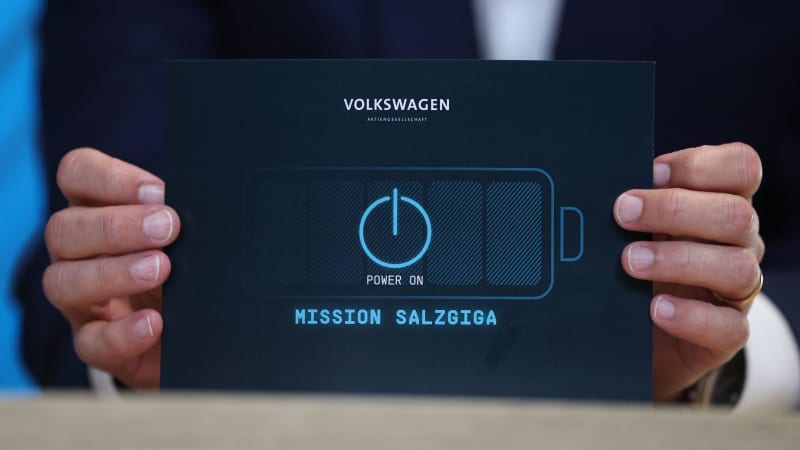 As Volkswagen and its largest shareholder Porsche SE prepare to list sports car maker Porsche in part to raise funds, Stephan Weil said he believed the group had potential far above its valuation, adding it was not time to consider capital increases. “Volkswagen has unbelievable potential … there is a lot to suggest its activities around batteries will increase the value of the group in a sustainable way,” Weil said on the sidelines of his election campaign.

Lower Saxony, where Volkswagen’s global headquarters are located, owns an 11.8% stake in Volkswagen and controls 20% of the voting rights.

Volkswagen’s market capitalization exceeded 100 billion euros ($99.89 billion) in March 2021 as the carmaker released ambitious electrification targets, but has dropped to 82.9 billion euros amid a wider European slump this year.

Ex-chief Herbert Diess said in December he expected the carmaker’s growing battery division, which plans to build six factories in Europe and two in North America, to generate 20 billion euros of revenue by 2030.

Conversations thus far about a listing of Porsche AG, which could be triggered as soon as next week, went smoothly so far, Weil said, adding the state remained committed to its stake in the Volkswagen Group.

Investors have estimated Porsche alone could be valued at anywhere between 60-85 billion euros in the event of a listing, though some suggest unfavorable market conditions mean it may land on the lower end of that range.

Qatar, the next-largest shareholder after Lower Saxony with a 10.5% stake, would also become a strategic investor in Porsche AG’s preferred shares in the case of an IPO, Volkswagen said in February.